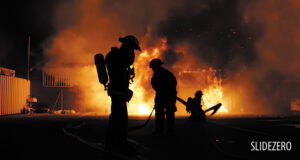 The Massachusetts Lawyers Weekly in its February 18, 2021 edition quoted Attorney Cheung-Truslow on a recent subrogation case where the trial judge, denied Amica’s motion to exclude insurance evidence, explaining that he did not want the plaintiff to create the impression on the stand that he was out for the entire loss. Accordingly, the judge told the jury that because Amica paid the insurance claim, it stood in its insured’s shoes and could seek recovery from the persons it believed were responsible.

“Boston insurance attorney Marie Cheung-Truslow said the case highlights the tactical considerations insurers must make when deciding whether to bring a subrogation action in their own name or the name of the insured. Here, she noted, Amica opted to file under the insured’s name because it thought the jury would have more sympathy for a homeowner versus a subrogating insurer. But where the insured isn’t cooperative and most if not all the evidence comes from the insurance company’s investigation and investigators, it’s going to be difficult for the insurance company to proceed in the name of the insured.”

Please contact us for your Massachusetts insurance coverage
disputes and nationwide subrogation claims.

The Law Offices of Marie Cheung-Truslow provides the skillful
representation you need.